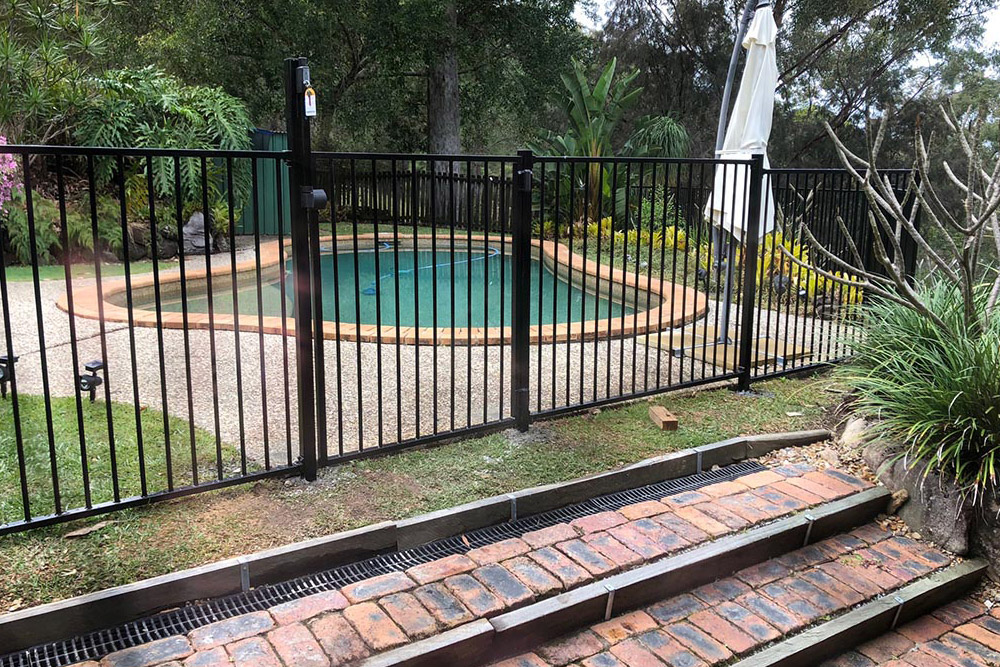 The title may sound dramatic, but it’s true: Fences can and do save lives. Whether it be domestic fencing or commercial fencing, a fence is more often than not used as a barrier of protection; either for goods or for people. Let’s look at some examples of how fences save lives.

This would probably be one of the first ones that comes to mind. In Australia during summer we hear of little children drowning in a pool. The number of infant drownings has been greatly reduced since mandatory pool fencing laws were introduced. Unfortunately this tragic incidence does still occur from time to time, but it is nowhere near as prevalent as days gone by. A quality pool fence can not only look stylish, it saves the lives of both children and pets.

You walk past a construction site after hours and it’s all fenced in and locked up. In part this is to protect the site itself and equipment, but mostly this fencing installation is designed to keep people out and away from hazards. Building sites can be dangerous places, with deep holes in the ground, debris, unfinished and insecure structures. Commercial fencing can save lives just as much as pool fencing.

Maybe fools can’t be saved if they want to dice with death and leap from a train station platform, but fencing along the rest of the tracks in built up urban areas definitely helps to save lives. A train is not something to be messed with, which is why road crossings always have boom gates lowered when a train is approaching. These gates also serve their purpose in protecting drivers and passengers from danger.

These are especially important for schools where very young children are attending. The fencing installation isn’t designed to lock the children in like a prison. It’s there to keep them safe from wandering off the grounds and onto the street. These fences and gates play a dual role as they also help to keep predatory individuals out of the school grounds.

There are many places where fencing is used to protect people from falling from heights. It could be a mountain lookout, a highrise balcony rail, guard rails along the edges of steep mountain roads.

There are not many things more dangerous to your health than falling from a great height. Even small heights can prove deadly.

As you can see just by the examples above, fencing installations of all kinds can save lives. At Aaurora Fencing on the Gold Coast, we are experts in all commercial fencing, domestic fencing and gates. Drop in and see us for a chat to discuss your fencing needs.

L.Beer

Read More
Hi Troy, just letting you know that your two young men did a wonderful job with my fence and cleaned everything up before they left. As agreed we left the old fence standing. Thank you for such a great job. I will be happy recommending you 🙂

M & T Ballam-Cross

Read More
We would like to thank you for sending Dean to build our fence for us. He has done an excellent job. He is a meticulous worker who justifiably has great pride in his work. We were astonished at his energy and willingness to go the extra mile. We will be happy to recommend Dean and Aaurora fencing to all of our friend

B.Potts

Read More
Management Aaurora Fencing – Fencing was completed at my property yesterday you as management need to know I could not fault professionalism shown by both Troy & Dean who carried out their duties to the highest standards.
Previous
Next