Play It Safe. Security Fencing For Domestic and Commercial Properties 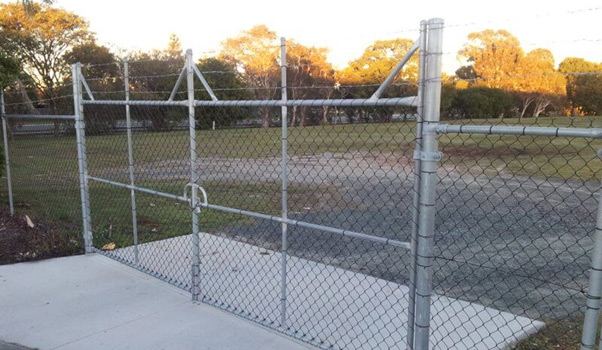 Particularly useful for commercial and industrial premises, but can also be used domestically, quality security fencing will help both safeguard the property itself, as well as keep those inside safe from potential intruders.

As Australian crime rates rise with both theft and home invasions, it only makes sense to secure your property and security fencing goes a long way towards achieving peace of mind. What’s peace of mind and security worth to you?

Commercial and industrial premises are often targets for thieves who like to gain access after hours. Many industrial estates are quite deserted areas after dark, and even if mobile security forces are employed in the area, they only do patrols intermittently.

Many businesses in these areas stock a lot of product and expensive equipment. Intruders could either cause serious damage or potentially relieve the business of a lot of property. Quality security fencing is the answer, along with other security measures such as an alarm system. Security fencing acts as much as a deterrent as anything else, usually being enough of a boundary to keep intruders well away from the building itself.

With vandalism, theft and graffiti a growing problem, security fencing adds yet another layer of protection for your business and should not be overlooked when considering security options for your premises.

While not every Gold Coast suburb warrants homes installing security fencing, if you live in an area with a high crime rate or one that is known for vandalism and home intrusions, then investing in quality security fencing is essential for your peace of mind. Having this kind of fencing installed could even reduce your insurance premiums. Security fencing is definitely worth considering if you are planning to undertake a fencing project around your home.

Based in Nerang on the Gold Coast, Aaurora Fencing is your local security fencing specialist. With more than 25 years of industry experience, you really can’t go wrong when you team up with us for all your fencing requirements. Along with security fencing, we can also help you out with:

Review us on Google Plus