The Many Uses Of Chainwire Fencing 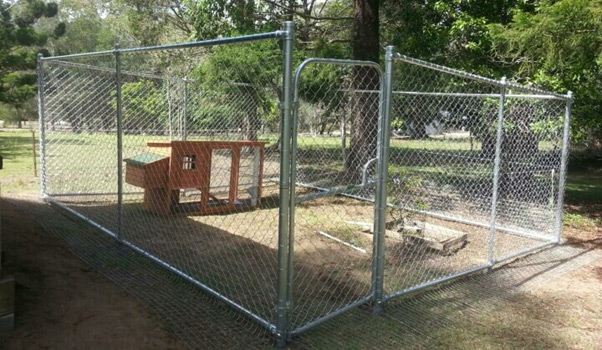 Chainwire fencing is pretty basic looking fencing compared to many other more glamorous fencing materials, but chainwire is just so versatile and handy when it comes to building fences. Let’s take a look at some of the many applications of chainwire fencing and why this material will always have a place in the fencing world.

A common use and also one of the biggest advantages of chainwire fencing is it can be used as a temporary fence or permanent fencing. It’s quite common to see areas cordoned off temporarily with chainwire fencing, as it’s quite quick and easy to erect and disassemble when used as a stop gap fencing solution.

There are a number of different uses for chainwire fencing around the home. For starters it can be used as a simple fencing solution to border off your property. While not very private, at least it keeps the pets and small children in the yard, and other people and neighbourhood animals out. Think also of vegetable patch boundaries, areas for the family dog to roam and even a chicken pen. Some people even use an area of chainwire fencing on which to grow things like passionfruit vines, or flower producing vines. It’s just so cost effective and versatile.

Things like car yards and warehouse complexes will often be surrounded by high chainwire fencing, possibly topped off with barbed wire. It can also be used to temporarily lock off a building site as well as a factory. Even rock concerts and dance parties have been known to regularly use chainwire to temporarily cordon off the party zone. There are also sporting fields, schools and even swimming pools.

This type of fencing is commonly found being put to good use on rural properties. It’s perfect for the pig pen and other types of animal pens. In fact, chainwire fencing on rural properties can serve a dual purpose – Keep the farm animals in and wild animals out.

Chainwire Fencing On the Gold Coast

Based in Nerang, Aaurora Fencing is your local supplier and installer of chainwire fencing for a multitude of purposes. We have been providing top quality fencing solutions for Gold Coast properties for the past 30 years. Give us a call or drop in today for a friendly chat about your requirements.

Review us on Google Plus